A Glimpse Into The Past

“Perhaps all the dragons of our lives are princesses who are only waiting to see us once beautiful and brave.”  – Rainer Maria Rilke
“Waiting is painful. Forgetting is painful. But not knowing which to do is the worse kind of suffering.” – Paulo Coelho

Dressing myself with Waiting’s robes
looking in the mirror at When
Finding thoughts that without warning
haunt and scare my lonely Then
Question the mistress Waiting, again
to the end of never, When?
Waiting she dances, holding me close
and calling her lover Then
Her music of chance and sultry moves
under the covers of patient When
A cruel lover Waiting plays with me
as I grow old with desire Then
Teasing from me my passing youth
called Waiting’s close lover When
First Published in Opinions of Eye
01182013
“The very basic core of a man’s living spirit is his passion for adventure. The joy of life comes from our encounters with new experiences, and hence there is no greater joy than to have an endlessly changing horizon, for each day to have a new and different sun.” ― Jon Krakauer, Into the Wild
The trip began by assembling simple items that would benefit a grand adventure in the wild forests of unknown. A can opener, lighters, a couple of pocket knifes, cans of beans we surreptitiously obtained from mom’s cupboard, the obligatory camouflage jackets and pants, and of course a machetes to hack our way through the grass and brush. We made the mile trip to the wooded point right on the cliff above a shallow gulch. Pine trees formed a tidy circle around a clearing and their needles made a nice bed. The sound of wind blowing through these made an eerie sound, especially for boys like us at the ripe age of 14 and 15. Many long days were spent filled with exciting adventures into this government reserve, which by the way, we weren’t supposed to be in, which added to our sense of danger that all boys crave to some extent.
Climbing through the 8 foot chain link fence that surrounded it, we pushed our way through the tall grasses and crossed a couple of dirt roads worn with the convoys of jeeps, tanks, and supply trucks. The last obstacle we clambered across was a double row of razor wire that lined the fields. We knew all the paths and shortcuts here and had already squashed this down and laid branches over it to tip toe on. Finding things while we hiked was an awesome thrill. The biggest finds were items lost or left behind by the troops, MRE’s being the supreme score, followed by empty ammo bags that clipped on to belts, and shell casings, with which we filled our little bags and bringing a smile that only being incredibly stupid and getting away with it can bring to the little men we were.
Reaching the clearing, we built our rough lean-to and found sticks to build a fire. We didn’t understand that if you’re not supposed to be there, lighting a fire on the edge of cliff that overlooks much of the land around it, is not a good idea. But in our exuberance, we lit our little fire and boiled some water to add to a spaghetti MRE I found and heat the beans we stole from Mom. Night came soon and we settled in under our shelter and played with the fire, watching the sparks swirl and find their way up to the star filled sky. Our spot was lit up to the edge of clearing showing the trees and brush around us, beyond that it was pitch black and made the more so by gazing into the fire before we looked out toward the dark. The evening this far was uneventful and our stay in this forbidden zone an apparent success.
Suddenly, right behind our lean-to, a loud snap of branches shot through the night and right up our young spines. Hairs on end, we stumbled forward in a blind panic and grabbed the machete and large walking stick, hewn in boredom just moments before. Standing back to back, gazing at what we couldn’t see, our eyes struggled to make out any images, our ears keen to the slightest twitch of grass. Was it an animal? Or worse, the Military Police? The MP’s were more trouble but we out ran them several times because of our knowledge of the nook and crannies and subtle shortcuts and paths, but, the animals were a big problem. The paths we found were theirs and running wasn’t a good idea. We whispered back and forth having seconds to decide what to do and like most options presented to those caught, running like hell seemed to be the best way out. We sprung through the trees and bounced through the razor wire like an Olympic hurdler fueled by adrenalin and youthful agility. Hearing more snaps and bushes shaking supercharged our escape and made the dark obstacle course easy. Soon the mile was behind us and we dove through the fence finding our way home. We collapsed in excited jubilation with our hearts pounding out 200 beats a minute. The escape was pulled off without a hitch and our confidence grew to heights that can only be reached by imagination. This was a success, however there where things in life that wouldn’t be so easily overcome and these tests waited for us with hungry anticipation.
First published in Opinions Of Eye
“I feel thin, sort of stretched, like butter scraped over too much bread.”
― J.R.R. Tolkien, The Fellowship of the Ring
Translucent skin showing the paths of life that will cease to flow
Blue and gray replace the young countenance and own the deterioration
Halting the movements of grace, becoming a lame gait of an ambling fall
This is the prognostication of our demise and the fate’s without escape
What’s left when the seasons change and we’re left without shelter?
The things leave and nothing’s left but an empty mind
Where are the riches spent entertaining the needs of vanities clients
The evaporation leaving only the crumbling idols built by youth
“God gives every bird its food, but he does not throw it into the nest.” – Josiah Gilbert Holland 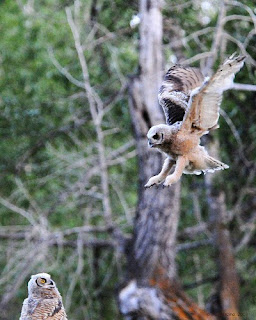